Lion Co experienced an exciting Christmas Sydney Team Building activity Treasure Hunt around the Rocks. Discovering fun challenges and a little bit of CorPirate talents that IT staff can muster.

Ahoy there me hearties. Lion Co were welcomed meeting with a Thrilling Treasure Hunt Captain aboard Observatory Hill. Taking in stunning views of the Sydney Harbor before setting sail and cruising into their team building activity mission.

Within a short while the teams were hunting down clues and were well on their journey to The Rocks celebratory destiny.

All of a sudden, our Lion Co staff and Good hearted Pirate Teams were caught. Red Handed and Convict Cuffed in a Chain Gang Line Up. It wasn’t long before the Pirate Teams managed to find a clever pirate trick to escape the bonds.

Continuing Hunting through the Rocks for the Treasure Hunt Chest containing a LION Co Holy Grail.

As the Treasure hunt neared its fateful end our Pirates sailed closing in on the secret location. Some last minute pirate pluck came in handy for a few teams.

Making ground up on those ahead. Each corporate Team had fought their way to the ‘X’ Marks the Spot. An Australian Rocks pub with the jolly LION Co grog. Digging through their clues to uncover the Secret Word which would allow them access to the Chest. 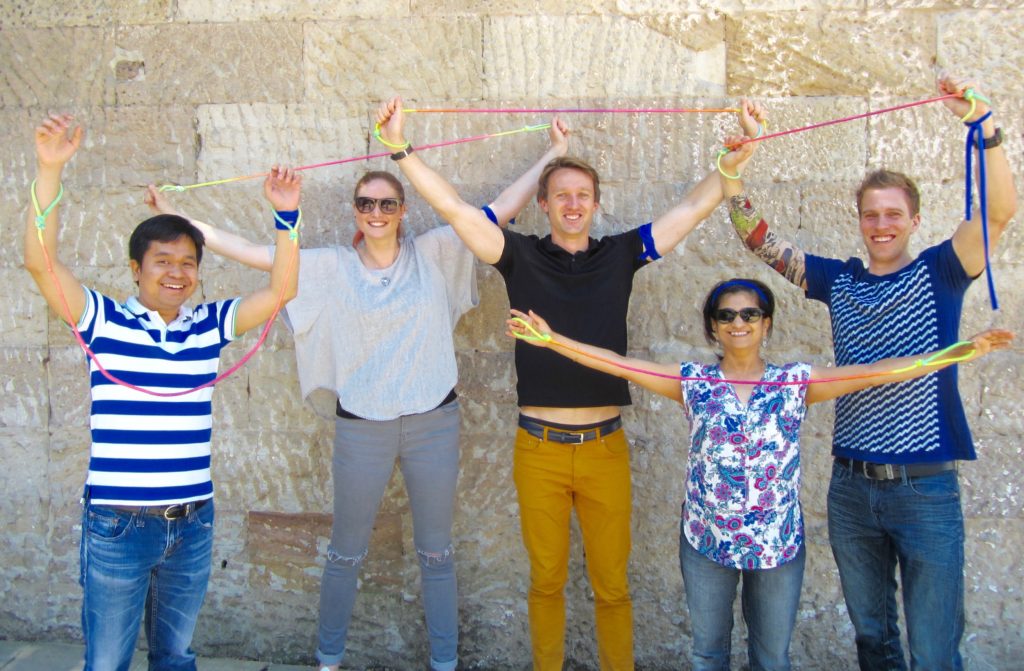 Lion Co teams worked strenously together and a refreshing celebratory beverage and drinks was needed to quench their Pirate thirst. Experiencing their beverage products first hand whilst supporting the local Businesses who stock their brand as Patrons. These Elements were custom built into the Lion Co Rocks Treasure Hunt Experience. 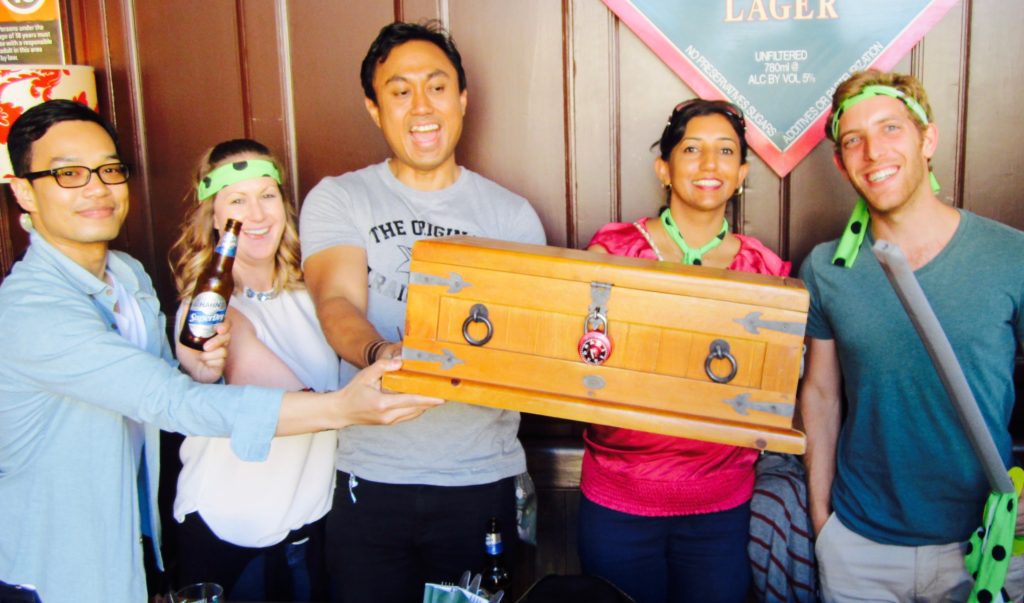 Unscrambling the secret word was accomplished  for the Teams that had diligently sought out all the clue locations. Applying unique skills their team members secretly possessed. Our Real Treasure Hunt Chest was recovered with only a small lock was between our Pirate Treasure Hunters and FREEDOM of their Holy Grail.

As each team tried to open the lock, it was clear that only the most united and resourceful team could crack open this Chest. On their last effort the Pirates let go of their individual identities and collaborated as one Lion Co Team in their efforts to get their hands on their Holy Grail.

Success prevailed! The Lion Co Holy Grail was recovered. Another chapter on the exciting team building Journey on Team Discovery around the Rocks Sydney is now written in Lion folk-lore!

Inquire now for how we can help you build your team for your staff connection, interaction, EOFY functions and Christmas celebrations. Ideal for small and large corporate groups in Sydney, The Rocks, Darling Harbour, Cockatoo Island bars.