Increase the excitement of Treasure Hunting in Sydney by boarding your very own captained boat to explore the foreshores, docks and beaches surrounding Sydney CBD.

from Commissioners stairs Circular Quay, The Rocks Campbells Cove, The Opera House, East Quay or Millers Point next to the Sebel. 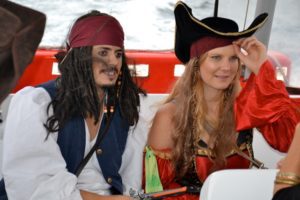 Corporate client groups love the advantage of enjoying Sydney Harbour whizzz by in swirl of foam as they speed boat off to their next clue destination.

Split your teams 50/50. With half searching and collecting clues on-board the water taxis and then swap 1/2 way through the treasure escape event and cross over the plank. 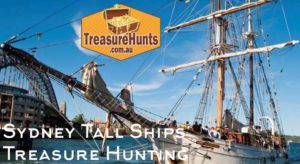 Alternatives on our corporate group events, incentives and activities include: